The Euro is finding some strong support in today’s trading session after another round of strong CPI figures all but assured that the European Central bank will move ahead with rate hikes as the year progresses.

Headline inflation figures in the Eurozone hit another record high in June with soaring energy prices the main culprit once again behind the move higher. Inflation hit the market at 8.6 percent  against analysts expectations for a figure of of 8.4 percent  and well up on last month’s reading of  8.1 percent. The Core inflation numbers less energy and food prices, fell slightly to 3.7 percent in June from 3.8 percent in May.

The ECB, which has vowed to tackle the surge in inflation and is due to meet in late July where the market expects the first increase from the European Central bank in many years. Traders also expect the ECB will hike again in September, meaning its base interest rate could return to positive territory this year for the first time since 2014.

However, there are growing questions about the future direction of monetary policy in the euro zone amid fears of a recession in the coming months If the ECB were to move quickly in hiking rates as it could hamper the delicate economic growth even further at a time when a slowdown is already underway. 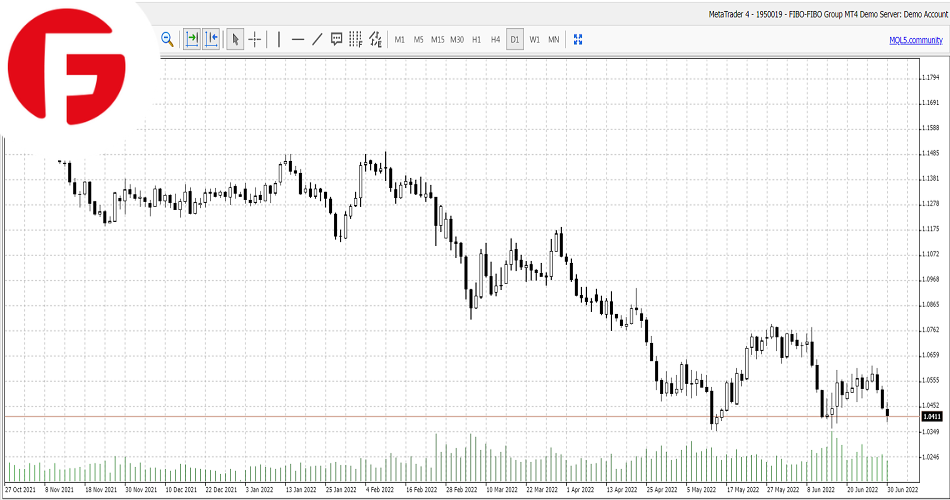 Looking further ahead today, the main drivers of the EUR/USD currency pair will be key news due to hit the market during the American session with the release of ISM manufacturing figures for the month of June which is a key indicator of business confidence.

Should the figures come in strongly the US dollar is bound to receive another boost and build on the gains already made this week and leave the Euro licking its wounds as we head into the weekend.