Gold down on profit taking, will bounce back
Open demo account Open live account
FOREX trading implies serious risk and can result in the loss of your invested capital

Gold down on profit taking, will bounce back

Gold has pulled back in the last 3 days on the back of profit taking but by no means is the rally over with so much uncertainty around us at the moment.

At the start of the year we had a hyped up American president who promised to push through dramatic changes which have not eventuated due to some members of the US congress.

This should remind us that there are checks and balances in the government and President Trump doesn’t have a free hand to do what he wants.

Gold was also being held back by expectations that the Fed would hike rates 4 times this year which has only turned into one, with no more expected this year.

Inflation has been a constant problem for the US central bank and according to some will also keep their hands tied as we move into next year,

“Given the fact that inflation should remain relatively low, we do not expect the Fed to be capable of doing much more than one hike in 2018,” said Luc Luyet, a currency strategist at Pictet Wealth Management

“The dollar should be penalized next year by the weaker growth outlook and by the less active Fed, so we would expect the dollar to gradually weaken and that should support gold.” He added.

Technically gold is also looking strong which is obvious by the higher top it made in the beginning of June which is followed by the recent high it made last week. 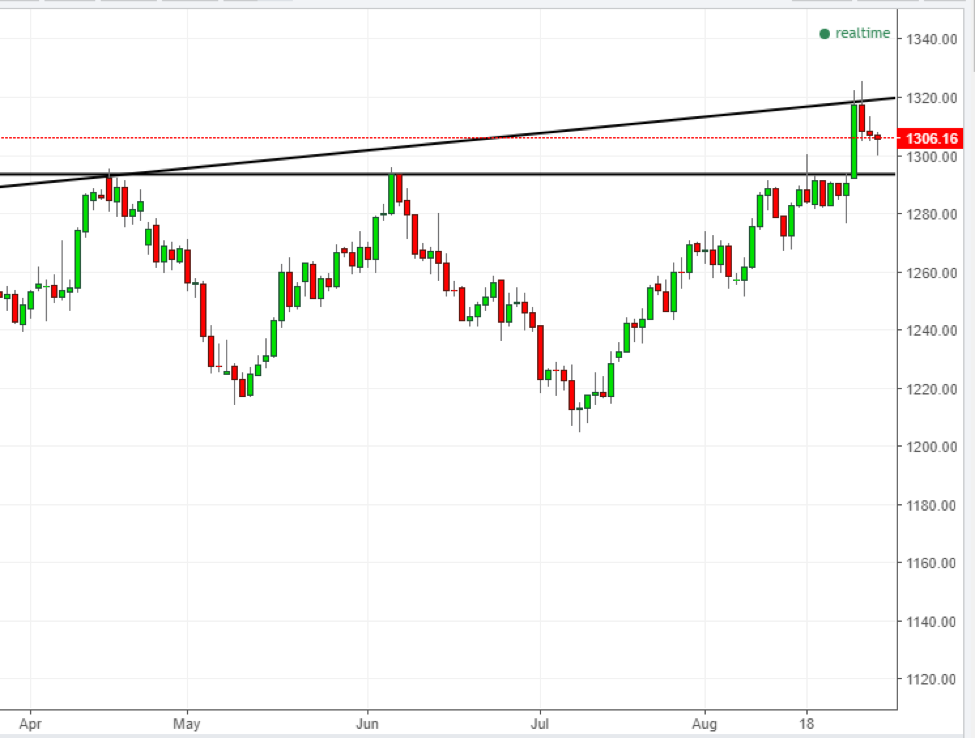