As we reported in Wednesday’s technical report, gold would benefit on the back of a dovish minutes report from the US Federal Reserve whose members are split on any further rate hikes in the nearest future.

That pretty much means the nail in the coffin for any further rate hikes this year from the Fed.

Gold was also helped in today’s trading session by a terrorist attack in Barcelona as well as reports that congressman from the Republican party are deserting US President Donald Trump which means he won’t have the numbers to push through any economic policies.

"In a week where we started by worrying about nuclear war, markets have quickly moved on from this, with yesterday's weak session more of a response to fears that Mr Trump's strategy for the economy and business is falling apart and later the terrible terrorist attack in Barcelona," Jim Reid, a strategist at Deutsche Bank, told clients in a note.

On a technical level, it’s all looking good for gold and after finding solid support on Wednesday at the $1,270 mark, it has now broken through the psychological $1,293 mark which was the most recent top.

Gold has now made a higher double top, which should become the next support level. We believe gold will test this support level at around $1,293 before continuing its uptrend and breaking through $1,300 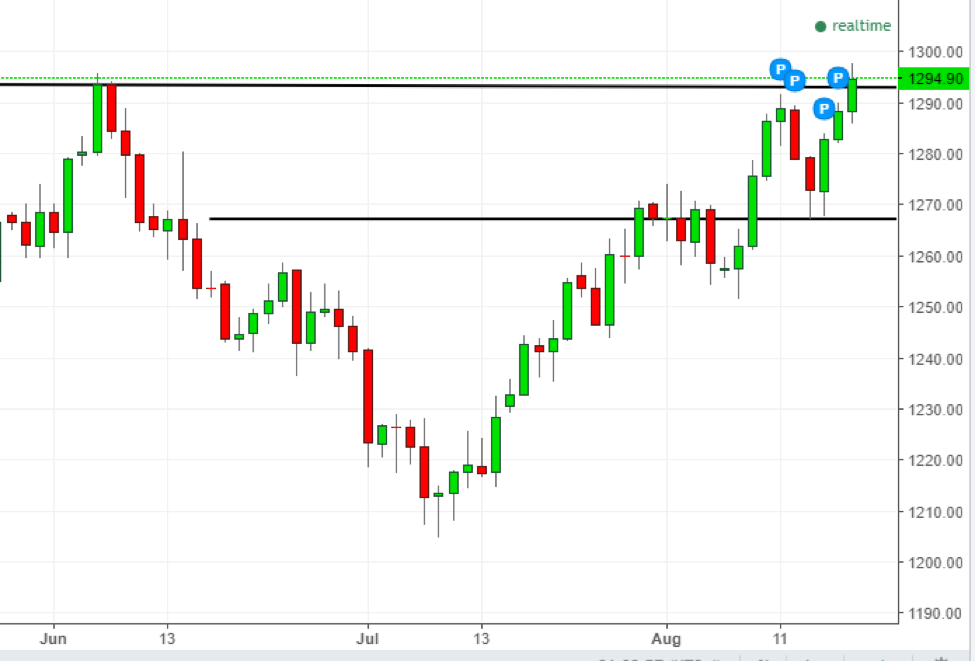