Next week spells danger for gold

What started out as a promising double bottom for gold has quickly gone sour and now we can see a double top has formed and a bearish one at that. It seems that investors were reluctant to push the precious metal through the $1,300 mark just a week ago and since then gold has tumbled to around $1,250 at the time of writing this article.

A sustained break below this level in today’s trading session may see a move down to $1,250

The catalyst for the recent tumble has been optimism over tax reform in the US which has passed both houses of congress and just needs a few details to be sorted out before President Donald Trump signs it into law.

The danger for gold is that the following statement will contain news of further rate hikes which will be sooner than most expected and may also pressure the gold price.

The recognition by Donald Trump of Jerusalem as Israel’s capital city is likely to cause wide range instability in the Middle east and according who you listen to, could be come a serious problem or an outright catastrophe and such a scenario may see gold find some much needed support. 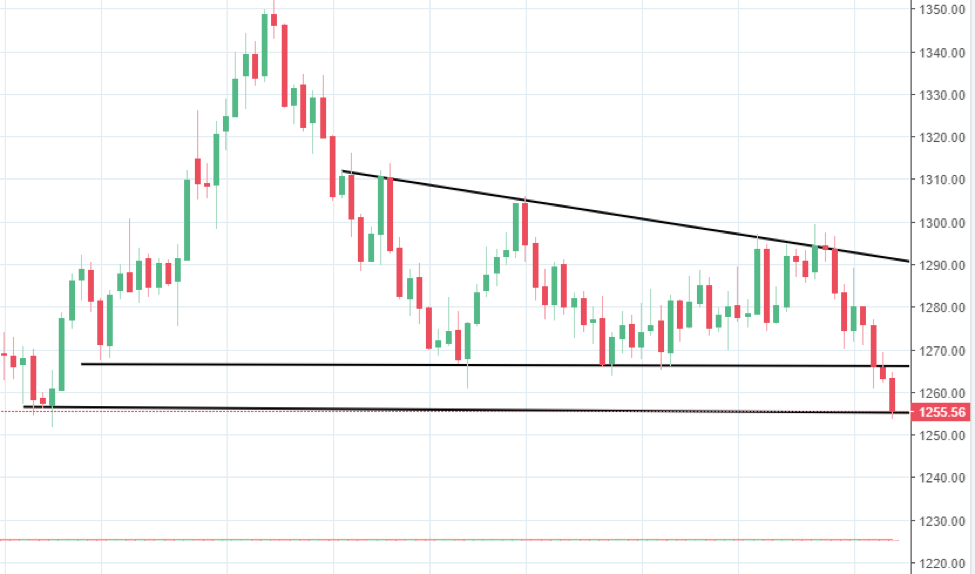