Recently, the name bitcoin is constantly in the headlines of financial news. Bitcoin is everywhere, even those who have not looked at economic news reports have heard about it. It is Bitcoin that is used as an example when they talk about the benefits of digital money. Moreover, usually when they talk about cryptocurrency, they are specifically talking about Bitcoin. Let's figure out what “Bitcoin” is and why it has become so popular?

Bitcoin (BTC) is the first and most popular decentralized digital currency. Also, this is a worldwide payment system through which you can conduct transactions with this currency.

Bitcoin is not tied to any physical assets or ordinary currencies, and the price of a BTC digital coin (token) is regulated exclusively by market demand and supply, roughly the same as happens with gold. Thus, bitcoin possesses the properties of both ordinary money and electronic currencies, a money transfer system and “digital gold”.

Bitcoin does not have a single managing and processing center; all operations occur in a network of equal clients anyone can participate in it. There is no such thing as “registration” in the network.

Limited amount. There is a strict rule: there can be no more than 21 million bitcoins in the world at any one time. That is, it is impossible to issue more and more bitcoins, like money on a "printing press". This provides reliable protection against inflation.

Versatility. Bitcoins can be used for cashless and anonymous payments, which is usually the subject of scrutiny in different countries.

Security. Nobody can interfere in any way with the transfer procedure, the money is directly sent between users. It is impossible to block the transfer, you cannot freeze money in your wallet or “roll back” transactions.

Anonymity. When registering, you only need a password and a wallet number, and you will not be asked to enter any personal data. Of course, this adds to the risk of theft or loss of the password, which can cause the loss of savings in the wallet, this risk must be taken into account.

How to purchase Bitcoin

First of all, you need to create an electronic wallet. Becoming the owner of cryptocurrency these days is very simple. You just create your own electronic wallet, verify your personal account and save credentials in a safe place. After completing registration, you can start replenishing your wallet. An Internet wallet is convenient and profitable because it is impossible to steal and it can’t be lost. 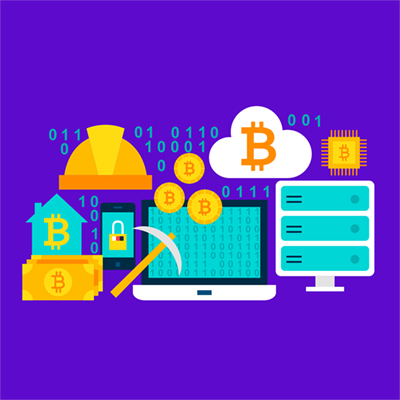 When you receive a wallet, you can begin to receive direct currency.

What is Bitcoin used for?

The understanding is that bitcoin, in fact, is a set of numbers that does not have a physical form, which makes it a little difficult to understand. Let's look at how Bitcoin can be used in practical applications.

Alternative means of payment. The most commonplace - you can pay with bitcoins for online purchases. Every year, an increasing number of Internet services is ready to accept digital currency as payment for goods or services. At the moment, there are already more than 100,000 and the numbers are increasing.

Alternative to a debit card. Bitcoins provide all the same opportunities as real banking services. Special Bitcoin ATMs have already begun to appear, where you can replenish your electronic wallet or withdraw funds from it.

Replacing the classic currency. The traditional (fiat) currency is subject to strong fluctuations in the exchange rate, political changes, inflation, and economic downturns. In such conditions, many prefer bitcoins, which are reliably protected from all this, due to their decentralization and are a promising source of investments.

Trading at exchange rates. Digital currency is popular with traders. Bitcoin is often used in Forex trading. For example, using a pair with high volatility - BTC / USD, traders earn on the volatility in the Bitcoin exchange rate. At the same time, you can make a profit even without directly purchasing cryptocurrency.

Investments. Bitcoin volatility paves the way not only for trading on currency exchanges, but also shows its potential as a valuable investment. Having acquired a certain number of bitcoins, you can wait for its rate to increase and sell at a bargain price.

The attitude to bitcoin throughout the world

Bitcoin did not become popular overnight, but its constant growth and positive forecasts not only attracts attention to the cryptocurrency, but also opened the way for other cryptocurrencies.

But the anonymity associated with bitcoin and its decentralization have become a stumbling block in relation to digital currency from the authorities of different countries. As a result, each country independently establishes the legal status of cryptocurrency, so in some countries, Bitcoin is seen as mostly positive while in others it is very negative.

For example, after the recognition of Bitcoin in Japan as one of the payment systems, its popularity soared to new heights. In the European Union, bitcoin is seen as a universal contractual tool.

In China, by contrast, Bitcoin is banned, and you may be subject to arrest for its possession.

In Russia, there is still no specific legal status for bitcoin. Owning a cryptocurrency and trading it is not prohibited, but it does not have political support either. The Central Bank of the Russian Federation proposes to create its own analogue of bitcoin, which will be under state control. But due to the lack of a legislative framework, it is currently impossible. Law enforcement agencies consider bitcoin and all other cryptocurrencies as a way to finance illegal activities or money laundering.

All this must be taken into account by those who will purchase cryptocurrency.