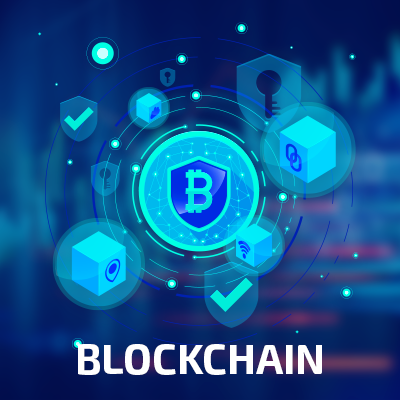 Anyone who becomes interested in cryptocurrencies sooner or later stumbles upon the term “blockchain”. The meaning is not always clear but for cryptocurrencies it is of paramount importance.

Blockchain — a system of interconnected and encrypted data on operations (blocks), is the basis of any cryptocurrency

Blockchain structure and principles of its operation

There is no single server in this system, it is decentralized, and blockchain chains are distributed among users. Each user's records are protected by modern encryption algorithms, which excludes copying or editing by other users of the system.

Each block in the blockchain contains the following data:

The blockchain system works as follows:

Although the blocks themselves are distributed on the Internet - far from the safest place for information, encrypted access to each of them protects the data in them from leakage. The block chain has the ability to be transmitted to any Internet user without restrictions and the risk of content loss. This principle is important for cryptocurrencies and their transactions.

At the same time, it is important to clarify that when you try to change the ongoing operation or somehow affect the data contained in the block, a request for confirmation with a cryptographic key occurs. If the request is left without confirmation, the operation will be rejected. In this way, it is quick check the identity of the user.

The transfer of a cryptographic (private) key provides access to the block (information, finances and other assets). This greatly facilitates the registration of transactions conducted through online resources.

The transfer of access is fully automated and takes place on the principle of a digital signature: it is enough for the user to enter the code and confirm the transfer of rights.

First of all, cryptocurrencies work according to the blockchain scheme. But the blockchain application is not limited to them alone. Moreover, with the transition of an increasing number of private and state-owned companies to Internet technologies, thanks to which blockchains are increasingly being integrated into existing infrastructures.

Here are some popular areas where the principle of action of the blockchain is used:

The biggest drawback of the blockchain is that it is highly dependent on miners. Since the blockchain technology used in the generation of coins of cryptocurrency it allows you to create an unlimited number of types of digital currency, the problem of the limitations of existing networks and the inevitable increase in prices for commissions seriously arise.

As a result of this, a solution was adopted in 2016 where there is a cryptocurrency IOTA (Internet of Thigs Application), which is designed to help with the elimination of the above problems. The blockchain of the IOTA system is called Tangle, and its main difference is that there are no chains or blocks in it, and there is no need for miner confirmations for operations. Users themselves verify operations, as a result of which they are performed much faster and without unnecessary overpayments.

Due to the rapidly increasing number of applications of blockchain technology, it is increasingly becoming the subject of discussion in many countries, at the state level. Attitude towards the blockchain remains divided and in some places they want to introduce technology for use in managing large databases, and some consider it a tool for illegal financial transactions.

More than 40 large international banks have united in one consortium to find an effective and, importantly, legal application of blockchain technology. Along with this, the creation of international databases is being discussed, for improved market control and fraud tracking.