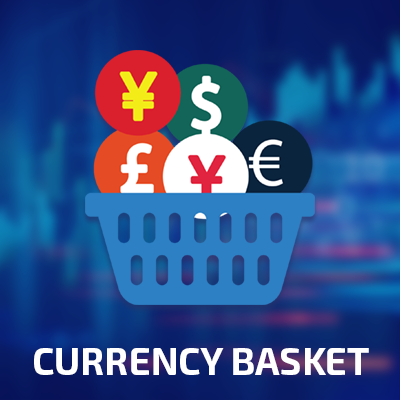 The concept of a "currency basket" has long been included in everyday life in the financial markets of the world. Knowledge of the workings and principles of the currency basket is necessary both for a participant in a trade in the foreign exchange market, and simply for any person whose wallet contains money besides the national currency.

Currency basket - a method of determining the national currency, by establishing the exchange rate of one currency against a specially selected set of foreign currencies.

How many currencies will be in the basket and which ones depends on each specific case.

The principle of the currency basket

In fact, the principle of the currency basket is when the weighted average of a certain set of foreign currencies is used to reveal the value of the national currency or the size of the state debt.

For example, if a country wants to understand the objective value of its own currency, then it collects all those foreign currencies that are popular in the country and, based on the total average cost of these currencies, calculates the value of the national currency. The weight of each currency is calculated according to a predetermined economic criteria. In some cases, it happens that the weight of the basket is expressed in one currency - the one that is most often used in international financial transactions (usually these are US dollars), and all other currencies have a dynamic weight that is constantly being adjusted. Also, given that the economy, in principle, is a constantly changing , the currency basket is regularly adjusted.

The weight of the currency included in the basket depends on certain indicators:

Currency baskets came into circulation after the abolition of the gold standard in 1971. They began to be used as a kind of insurance for the depreciation of the national currency.

There are two types of currency baskets:

Dual currency basket - contains two currencies. An extremely rare type of currency basket. It was first used in 2005 in the Russian Federation, where the weight of the national currency was calculated simultaneously against the US dollar and the euro. It was used primarily to monitor the ruble exchange rate in a certain period of time - from 2005 to 2014, without any real practical application, at that time.

Use of the currency basket in the world and on Forex

Currency baskets are often used at the global level, for example - Special Drawing Rights (SDRs) - SDR, which was created by the International Monetary Fund in 1969, as a world payment instrument. Currencies included in the SDR basket are: US dollar (the value of the entire basket is expressed in US dollars), Euro, British pound, Japanese yen, Chinese yuan (since 2020), are the most popular currencies in countries participating in the IMF, which includes 180 countries. All other currencies included in the SDR basket have their own weight coefficient, which is regularly adjusted.

SDR allows you to:

The Wok-hoo (Wocu), a special unit of account for the G20 countries, which was created as an alternative to Ecu, also has a currency basket. It is often used in international financial transactions and its basket includes currencies of the most economically developed countries.

The currency basket is also popular on Forex. For traders, it provides great opportunities for profit and better trading, with lower risks. Unlike currency indices, baskets can be composed of the desired currency pairs, and the presence of the base currency is not necessary.

Traders are attracted by several advantages while trading with a basket: