Gold ready for breakout to the upside

The gold price has certainly behaved strangely this week, failing to react to news which would usually send the precious metal considerably higher. In fact after North Korea launched another missile on Tuesday (A missile capable of hitting anywhere on the US mainland) gold actually fell and even Donald Trump’s statement after the launch that “We will take care of that situation.” Didn’t help either.

It seems as if the market is preparing to overlook significant events which would usually trigger a rally in gold which is why it has remained largely range bound between $1,270 and $1,300 for the best part of 2 months, making it one of the tightest trading ranges of the last decade.

The good news for gold is that it has also held up well against news that would usually push it lower including an expected rate hike from the US Federal Reserve next month as well as proposed tax reforms in the US which are likely to get the go ahead from the US senate this week.

As we approach the end of the year, and news such as rate hikes and tax reforms already priced into gold, some predict this tight trading range is bound to end and gold is poised to break out to the upside.

“It’s been eerily quiet in the gold and silver markets over the past few months. A breakout could happen as we approach this Fed meeting,” noted Michael Dudas from Vertical Research

“With this low volatility, an event can spark a move either way. We think gold is going higher” he added. 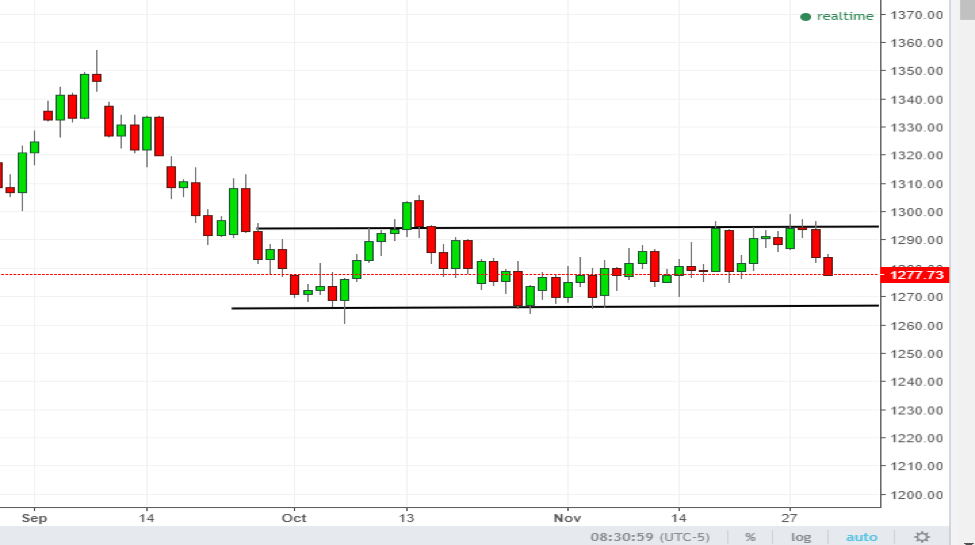